Let’s be Frank, I came for Anne. (<< Did you get that? Ha!) OK that was sad, but pun intended aside, I really did come to Amsterdam for Anne Frank. Read the book, loved it and now that I’m so close, I can’t pass the opportunity.

Sadly, for lack of better timing, we could not go in to the house. It was closed when we arrived. 🙁

So after a few touristy sight seeing shots, we decided to go to the Red Light District while it was still daylight. 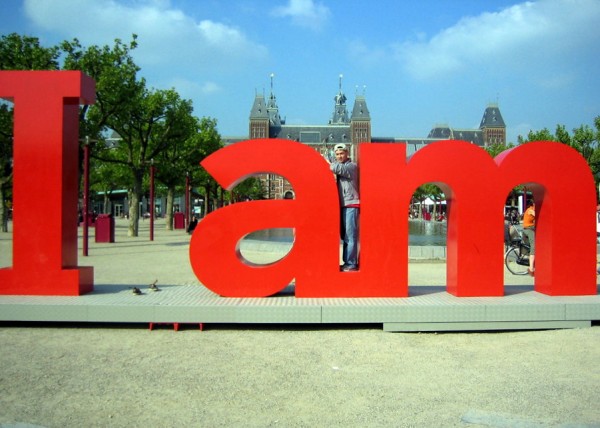 No joke, I really did have a run in with a hooker. Doesn’t everybody? We should have been more mindful. But in the moment, I really wanted to snap a photo at the obscenity of a scene.

I know. Shame. It was not my proudest moment. But I did take a photo. Or I tried — attempting one of those “self portrait” shots tilting the camera slightly to catch what was behind us rather than us us.

Major FAIL! We got caught.

We were chased out of the area by hurling screams and threats of which you can understand in any language. Lucky for us, if you could call it that, a Samaritan fired back at the hooker, shooing her back to her windowed room. 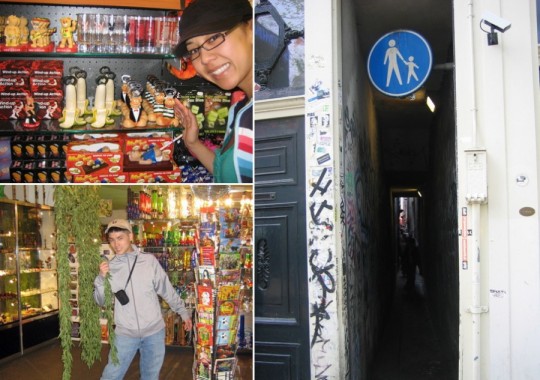 I would call this my near death encounter with a hooker. G would say I’m over exaggerating. Maybe so, but I was scared sh*tless.

So scared, I immediately deleted the photo for fear they might catch up to me and with evidence, or as I call it, murder weapon in hand, here’s the clincher, the hooker, could press charges and I’d get my butt hauled to prison. Or worse.

Psh. And he calls that exaggeration.

Needless to say, our time in the Red Light District was short lived. Mental note for what NOT to do while you’re in Amsterdam. Look.. but don’t.. snap?!