No one in their right mind would willingly swim in sharked-infested water.

No one that is us at least. After all, as a birthday present to me, we went bungy jumping in New Zealand. So, to return the adrenaline-gifted favor, I figured we would go swimming with sharks in Hawaii for Gerard’s birthday! Fun, right? 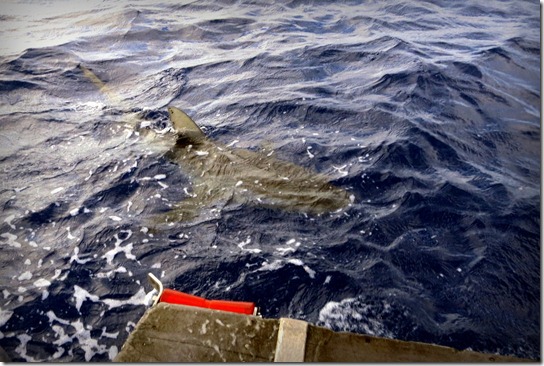 Then tell me why I was the one screaming bloody murder when we approached the cage only to find this little (big!) fella anxiously waiting for us. A shark fin surfaced for a split second before submerging and I realized I have never seen a shark in person before. Outside of the aquarium tank, that is. 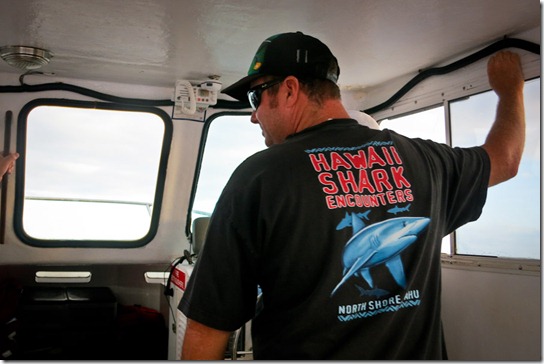 The ride was short, though a bit choppy. We were warned but decided not to take sea sickness pills. Guess what? We got sea sick. Correction. Gerard got sea sick. Lucky for him, the sea sickness came towards the end of our tour so he was able to enjoy his birthday gift for the most part. 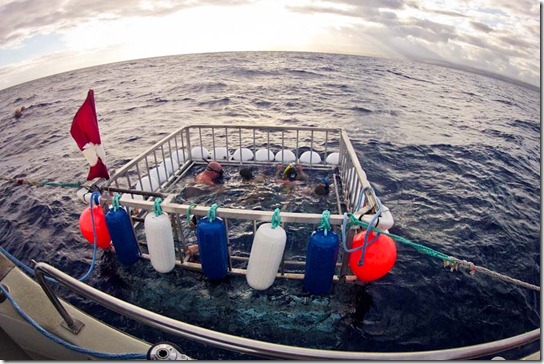 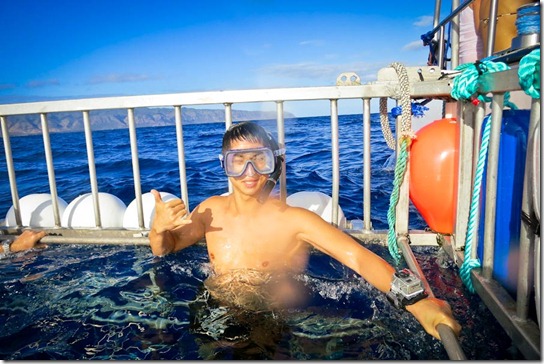 I was nervous when I saw the number of sharks in the water but was quickly comforted by the sight of the cage. It’s big. And sturdy.. looking. Surely no shark can penetrate this. And thank goodness they have handle bars to keep us steady in the water. 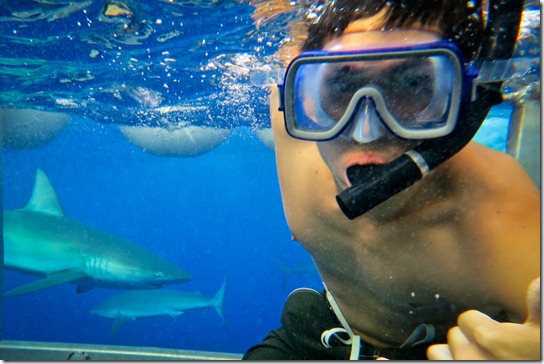 I was pleasantly surprised the open water was warm and inviting especially at seven in the morning. Even more, how crystal clear it was. The moment I dipped my snorkel mask in the water, I was completely overwhelmed.

There were sharks everywhere! 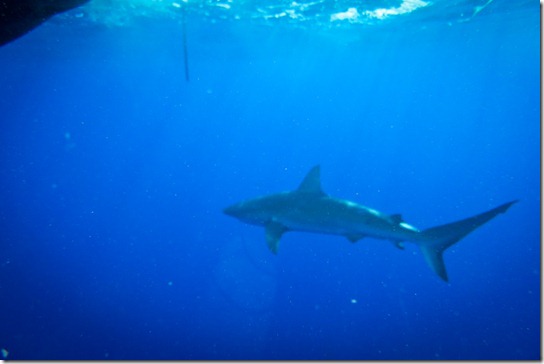 They swam next to us. Some lurked below us. 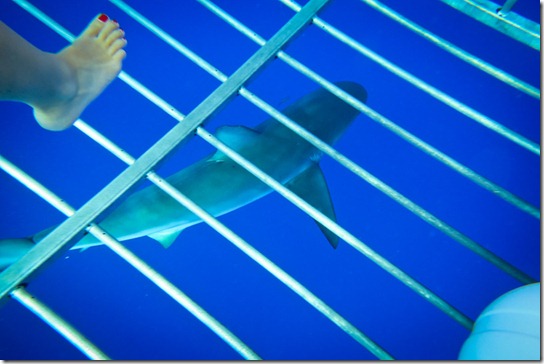 Some came so close to the cage we can practically reach out and touch them. But we didn’t. We’re daring, not stupid. 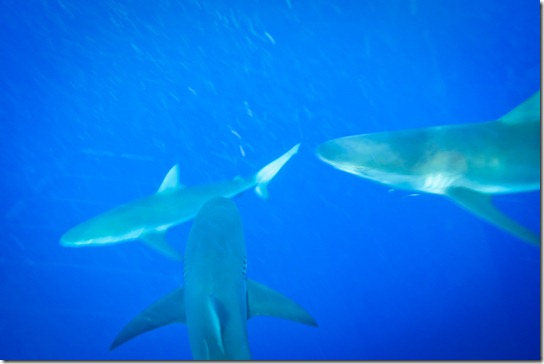 We were in the water for about 20 minutes. It felt much shorter than that. And I kid you not, I swear they were playing the Jaws theme song playing dun dun.. dun dun.. seemingly low in the background the entire time. Or, at least it was the soundtrack playing in my head. Either way, spooky.

Gerard loved it. Up until the part where he wanted to hurl overboard. Most of his sea sickness was contributed to sitting in the rocky boat while the first group was out in the cage. By the time we got in the water, the current had picked up and we were getting tossed around the cage which I’m sure added to his motion sickness. But thankfully, the ride home was short and he recovered quickly. 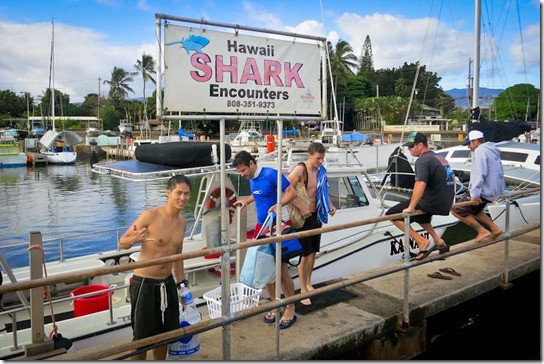 We’ve done a lot of adventurous, arguably crazy, stuff on this trip. This was easily one of the coolest! How often do you get to say I swam with sharks?! (Even if there was very little swimming involved..)

Would you go swimming with sharks?

Disclaimer: We received a complimentary tour from Hawaii Shark Encounters. As always, my thoughts, my words. Still my voice behind the blog.

Hostel Review | Marcopolo Inn Iguazu Falls
Rotorua's 3 Must Do Tourist Attractions
Cebu: Moalboal with a side of Oslob