You’ve seen our best, now prepare to eat our worst.. in food.

We ate well this past year, arguably some of the best dishes we’ve ever had. But a year of travel means a lot of meals, and with a lot of meals means we’re not always going to luck out on good food all the time.

Nothing really puts a damper on our day more than having wasted money on bad food. You know how much Gerard prides himself in having a great meal. Lucky for us, it didn’t happen often while we were on the road. Here are those moments I wish we could take back for my taste bud’s sake. 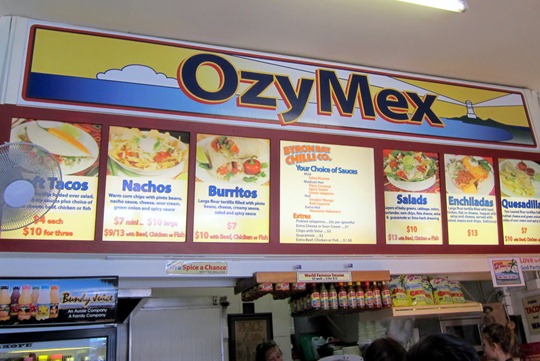 I’m sorry my Aussie friends, but if you can’t do it right, please don’t do it at all. We were desperately missing food from home and decided to try this in Byron Bay. I should have known by the name alone, OzyMex. Ugh.. they didn’t even know what pico de gallo was when we asked for it. Haha. 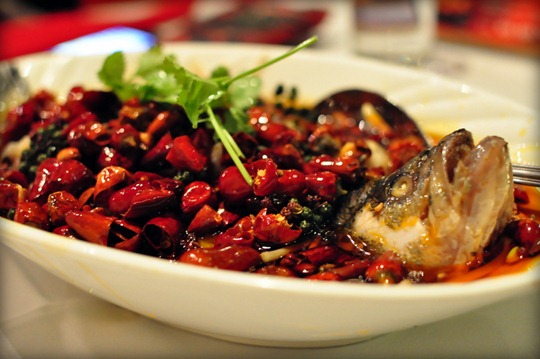 Look at those chilis! We love spicy food and were really looking forward to trying authentic Szechuan while in Shanghai. Unfortunately, the peppercorn and oil from this fish dish killed my palette and burned my tongue at first bite leaving me completely numb for hours. Not our kind of spice. 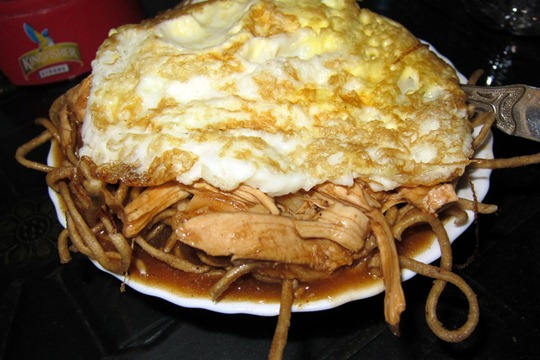 It’s as gross as it sounds.. and looks. We needed something other than Indian food for once and Gerard braved the menu and order this Chinese fried noodles with veggies, gravy and a fried egg dish. Not his brightest menu decision I’m afraid. 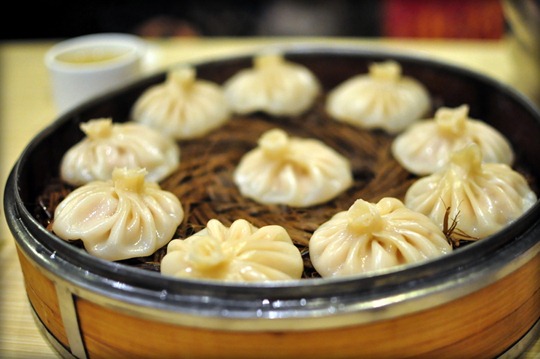 Don’t be fooled. They may look pretty in picture, but they sure as hell don’t taste good. We couldn’t read the menu and nobody spoke English at this dumpling restaurant in Xi’an. We think it may be lamb, but it’s got this musky odor and gamey taste that made my stomach turn at first whiff. We took one bite and left the tray as is. 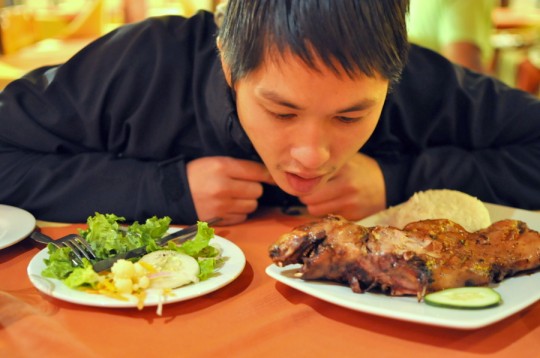 I had high hopes for cuy, deep fried guinea pig, but they were a huge disappoint. First of all, they’re just ugly to look at on a plate. Second, there is absolutely no meat whatsoever. It’s an oily, stringy- textured, meatless animal that’s not pretty to look at. 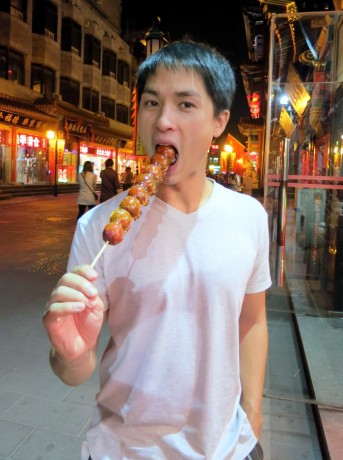 They look cute, but one bite of this and Gerard spat the whole thing back out. The texture of the apple itself is mushy and almost spoiled-like. We tossed the entire stick because giving it away would just be cruel and unusual punishment. 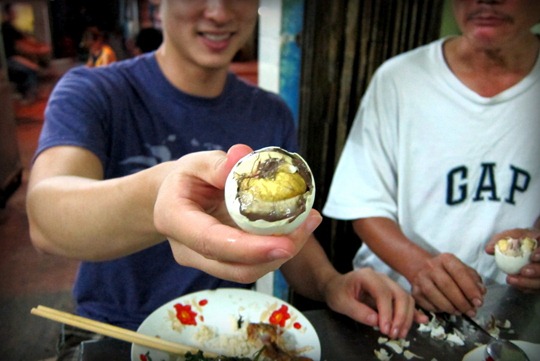 I know we’re Vietnamese but even our iron stomachs can’t handle hot vit lon (also known as balut), fertilized duck eggs that are partway incubated. These were a courtesy of Gerard’s cousin. Poor thing, he had to eat two before his cousin let him off the hook.

Euro Thai curry is not curry. 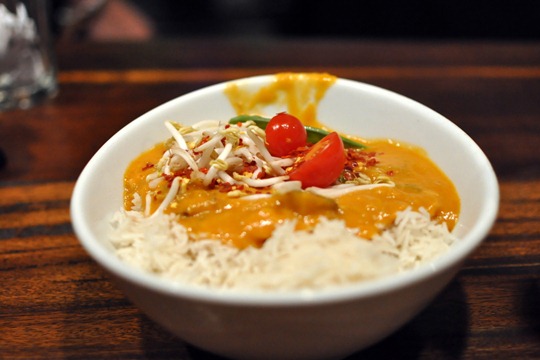 After weeks of schnitzels and sausages, we were in dire need of Asian food in Austria. We came across myIndigo, a feel good, healthy fast food joint serving up dishes like soups and salads, noodles and curry. It did not taste anything like Thai curry, but it sure did taste  extra ‘healthy’.

What are some of your worst in food memories?

VIDEO: Our Year in Travel
Stuff on Bikes