Recently, the hashtag #TheAfricaTheMediaNeverShowsYou has been trending on Twitter and for good reason. The world’s view of Africa is often a negative one, focused on violence, disease, and poverty. The hashtag was formed to show the world that this is not what Africa is all about, there is so much beauty that is overlooked by the media.

Together, several travel bloggers, including ourselves decided to join the movement and share what it is that we love about the continent. There are common misconceptions about the way Africa is portrayed in the media, and we’d like to be part of the solution. Our hope is that the world will see that we need to change our view of Africa.

Raul of I Live to Travel 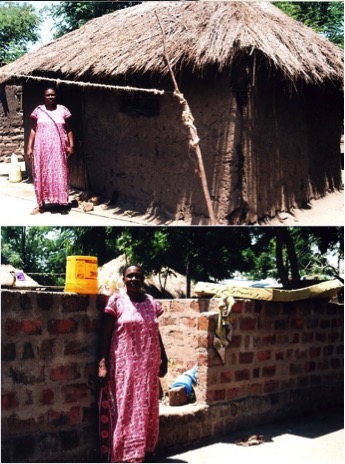 The news outlets, unfortunately, tend to focus on the sensational, on the negative. Sub-Saharan Africa is mostly portrayed in an unflattering light unless there is a story about safaris perhaps. Wars, AIDS, etc. always get top billing. But there is much more to Africa than the media would have you see. And most of it is actually quite positive. During my work at CARE, I got to visit its work in Tanzania. One of my most enlightening and heart-warming experiences was outside of the town of Mwanza. There I was taken to visit a woman who had been shown how to earn a better livelihood by selling fried fish along a road many went on (mostly on foot or bikes) to get to a market miles away. She and her family lived in a mud brick house with a thatch roof; anytime massive rains came, they risked the house flooding – or worse, washing away as many do. With her increased earnings, she was able to start building a home raised from the ground made with real bricks – providing a safe home for her family. That is the Africa I met the first time I went to Tanzania. Go beyond the sellers of “news” and meet the real people of Africa, living their lives with hope and hard work!

Francesca of The Working Mom’s Travels 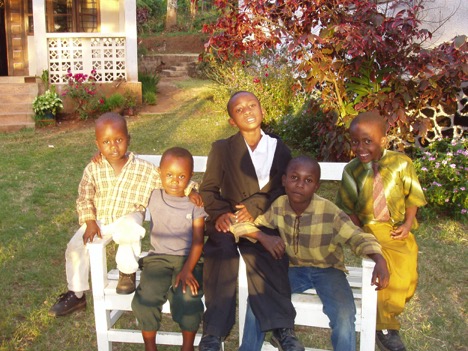 I traveled to Africa by myself at age 31 to climb Mt. Kilimanjaro and go on a Serengeti safari. I was nervous for a few reasons, mainly because I was traveling alone and it was AFRICA. It’s so far and so mysterious and only bad things happen there. At least that’s what I was led to believe by those in my life who thought my traveling there was a bad idea. Little did they know, it was just the motivation I needed to go through with the trip, to prove that Africa is not as awful as mainstream media portray it.

I arrived in a village outside of Moshi, Tanzania, on Christmas Eve, and was to spend the holiday with a local family, along with a group of my American friends (we all traveled there separately). I arrived to a festive scene and happy, laughing kids everywhere. Everyone, including the children, was dressed in their Sunday best: men and boys in suits and dress shoes; women and girls in fancy dresses and extravagant hats. After they returned from Christmas Eve mass, the father and head of the family began cooking up an enormous feast. For a family that seemingly did not have much, they wanted to make sure they shared everything with us. We ate, we danced, and we sang, and it stands as one of the happiest Christmas celebrations I’ve ever been a part of. This family was grateful for what they had and was able to share, and they were joyous. That’s an aspect of Africa we don’t see much of in the media. 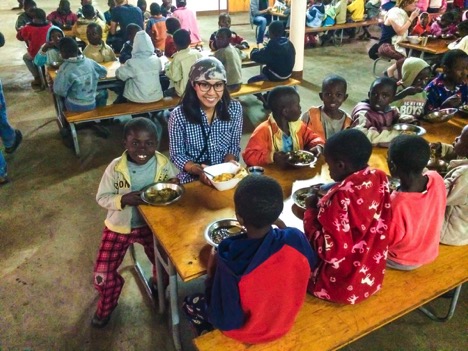 Kenya has made its way into the media more recently for terrorist attacks which, unfortunately, has negatively impacted its tourism, but we didn’t let this deter us from coming here on our honeymoon. During our time in the small town of Nakuru, we visited the East African Mission Orphanage and was immediately rushed by excited kids eager to meet us. Apparently, they don’t get visitors often, maybe once a month at times longer during the slow seasons. Here, the children learn to grow their own vegetables spend a good amount of their day in class getting a proper education. It brought a smile to our faces to learn most aspire to attend a university and finish school to pursue careers like becoming a teacher or an engineer. Here at EAMO, we weren’t pushed to give a donation, a surprisingly different experience than we’d thought. Instead, we truly felt it was our presence that was most welcomed and wanted… and our gadgets — the kids couldn’t get enough playing with our cameras & phones, they asked to see pictures of our home or of really anything that was beyond the gated community they call home. It both warmed and broke our hearts, not going to lie. There are good things happening here, we wish more people knew about it.

Erin of The World Wanderer 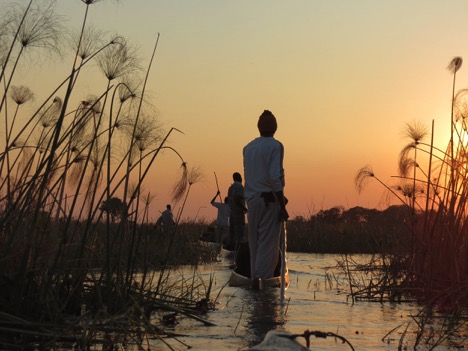 No matter what stories I heard in the news, Africa was always a place I knew I would visit. The cultures, diversity, food, people, and wildlife have interested me for years, and when I finally saw the opportunity to travel to the continent in 2012, I took it. As soon as I arrived, I realized how wrong the media was. Every continent and country has their fair share of bad news, but as I have found by traveling, there is always more good than bad; Africa is no different.

When I think of Africa, I think of it as a place full of warm, welcoming smiles and unspoiled, natural beauty. For three weeks, I traveled throughout Southern Africa, not enough time to truly know it or understand the way it works, but it was enough time for me to fall in love. Botswana, in particular, took an immediate hold on my heart; I felt connected to the vast landscapes and kind people. During a few days in the Okavango Delta, we spent time with the locals who we bonded with, especially over the campfire. We shared songs and dances, one of the girls and I made everyone s’mores, and we laughed and joked until the early hours. It was one of those moments, I will never forget. My time in Africa was full of small moments like this, moments that I wish people knew about because if they did, they’d truly understand what the continent is all about.

The Oysters of Walvis Bay, Namibia 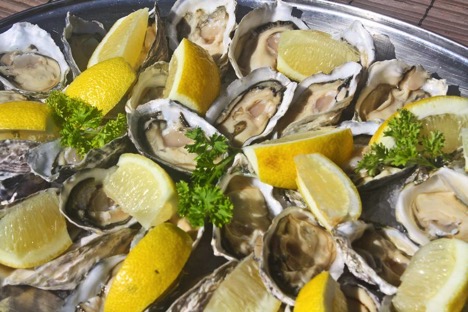 I don’t know one person who traveled to Africa and didn’t come back different. For most it becomes the trip of a lifetime. Today, they don’t speak of Africa in only hardships and poverty, but describe its raw beauty and tell of its energy and what amazed them. Their stories seem endless.
.
For me, much of my one five week adventure to Africa is documented on my travel blog. Yes, I showcase sunsets, sand dunes and safari (all expected), but I show more and things I didn’t expect. Things I certainly don’t hear people who haven’t traveled to Africa and or the media discussing today.

Many of such memories happened in Namibia. One morning a few of us set out to explore Walvis Bay, along Namibia’s Atlantic coastline. Watching seals, dolphins, and taking a look at a shipwreck were part of the itinerary, but so was tasting the local oysters. Delicious. Fresh. Oysters.

I never thought I’d be one a boat in a bay in Africa eating oysters one day. Well, is that something you see in today’s coverage of Africa?

If you’ve been to Africa, we ask that you join us in spreading the good. Create your own post, share photos on Twitter and Instagram, and shed some positive light on this beautiful place. Let’s show the world what Africa is really all about, let’s show them #TheAfricaTheMediaNeverShowsYou

Memphis Tours Egypt: 2 Day Trip to Cairo & Giza Pyramids
On leaving for our honeymoon
A place of smiles, a day at the orphanage