The beaches of Lovina may not be the prettiest in Bali, Indonesia, but what they lack in beach beauty, they make up in gorgeous sunrises and pods of dolphins swimming freely in the wild! If you want to indulge yourself on beaches, travel ideas like the things to do on Long Island NY might be perfect for you. 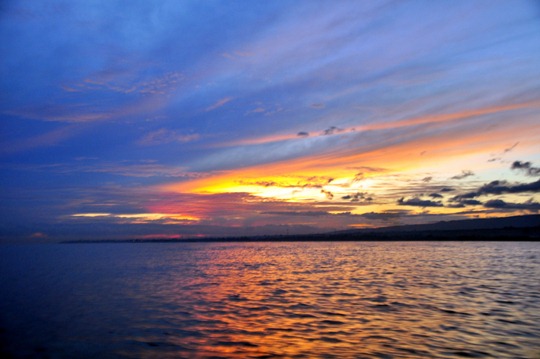 We rose at the butt crack of dawn hoping to be one of the first ones out in the open water. The morning was cool, calm and it didn’t take long for the other boats to arrive before the sun peaked over the horizon in shades of orange and yellow and red. It was time to get out my biofinity contact lenses to espy some dolphins. 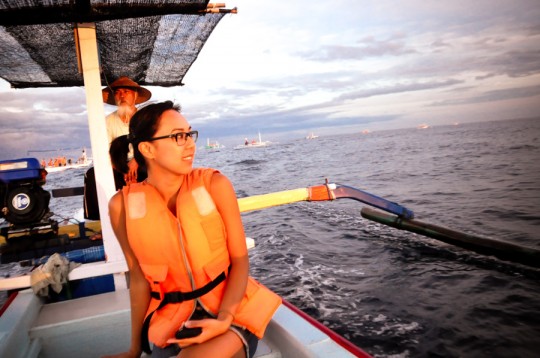 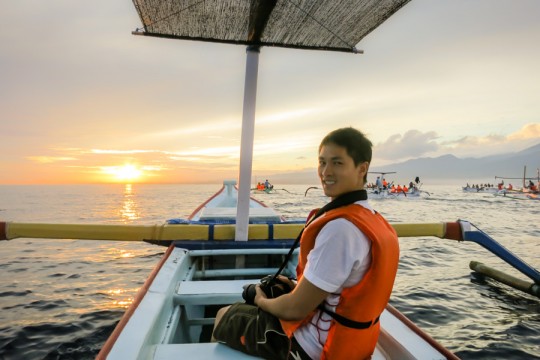 It didn’t take long for our skipper to steer away from the crowd. We had a bit of the sea to ourselves. And then it happened, our first fin and sighting. 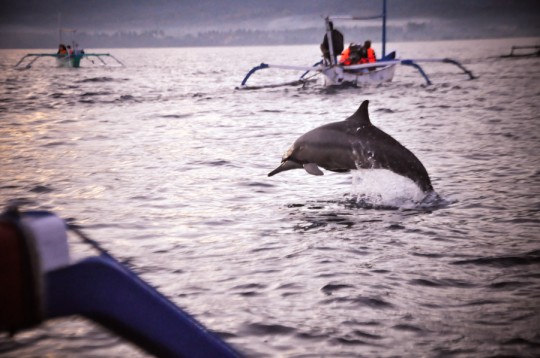 I’ve seen plenty of dolphins before but there’s just something magical about seeing them in the wild, in their natural habitat that’s just so exciting. Before we knew it, dolphins were popping up and down, left and right!

Here they are in pairs.. 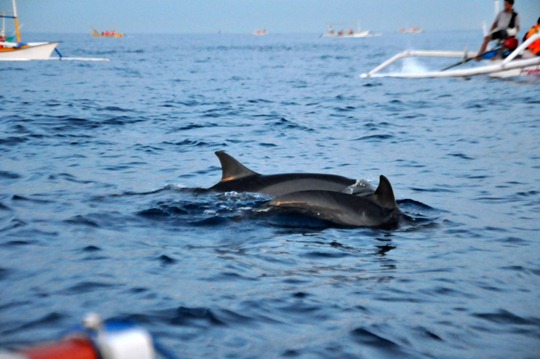 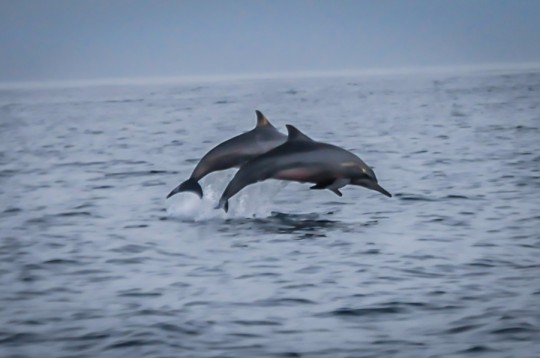 But my favorite of sightings are the ones in pods! 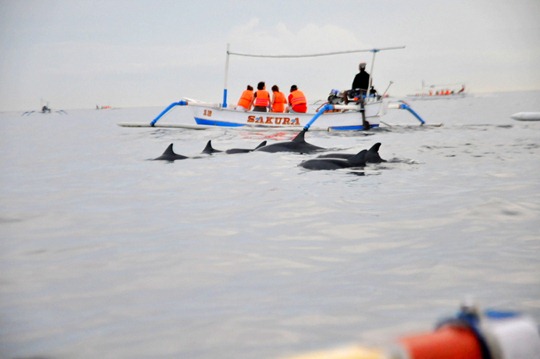 You don’t really need a lot of patience to spot a dolphin. But if you want to capture it on camera, having one that allows you to shoot on continuous is important because they are fast. We had trouble getting a good photo until Gerard switched over to continuous mode. And, of the 200+ shots we took, we left with a handful of decent shots.

Satisfied with that, we put our cameras down and simply basked in the gorgeous sunrise overlooking Lovina Beach with a few dolphins skipping along the horizon. 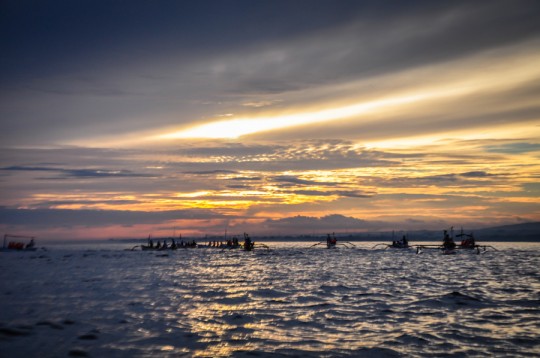 So there is a bit of controversy whether the large number of boats harm the dolphins. I had my reservations at first because there seems to be a lot of boats in the water.

OK, without getting all political, here’s my quick two cents from what I’ve witnessed: the boats generally kept a safe distance allowing the dolphins to swim freely. Our skipper would either slow down or turn off the engine as soon as the dolphins were in sight. No bait was thrown in the water to lure the dolphins closer, and the dolphins genuinely seem like they were having a good time too.. chasing the sunrise.

Morning rose and the dolphins seem to dwindle in number. We spent a total of 45 minutes at sea before heading back in time for banana pancakes and mango shakes. A great way to start the day.

Where else can you see dolphins in the wild?

Breathtaking Biking in Bali
The Gilis: Our First Diving Experience
2012: The Best Year of Our Lives