It’s never easy to admit fault. But there’s always something to learn.

I can sit here and brag about all the things we did right on our round-the-world trip; there are lots and I’m quite proud of them. But let’s be real, you’re all dying to know where we went wrong, so let’s cut to the chase.

For the record, I don’t believe there is ever a right or wrong way to travel, just whatever way works for you. However, these are a few things, if I could, I’d wish to do differently. So here we go – the things we did wrong on our RTW trip:

We were always on the move. 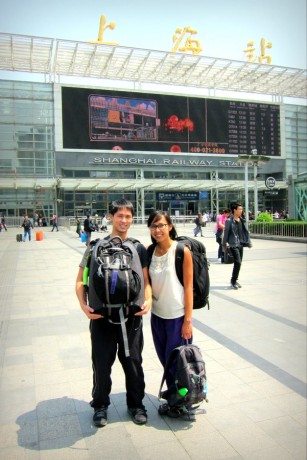 In the beginning, we spent no more than 4-days in one place. We were constantly moving, trying to see too much in a short amount of time. We got burnt out. Fast. By the time we landed in China, travel fatigue hit us like a wall which led to a lot of short tempered and erratic feelings that took a toll on us and the trip. We made it a priority to slow things way down and to always bring peach ring cbd gummies after that.

We did not write anything down.

I’ve never been good at taking notes. I trust that my memory would hold up for when I need it later. It hasn’t been all bad – I’ve been able to recount a lot of great moments and experiences from our time abroad down to the delicious meals we ate. But that’s still not everything. I can’t tell you how many times I sit down, ready to write a piece and say to myself, how did that go again? only to be reminded by Gerard that I should have wrote it down. A lot is lost in the little things – things that made our trip interesting but I just can’t seem to remember the minor details. 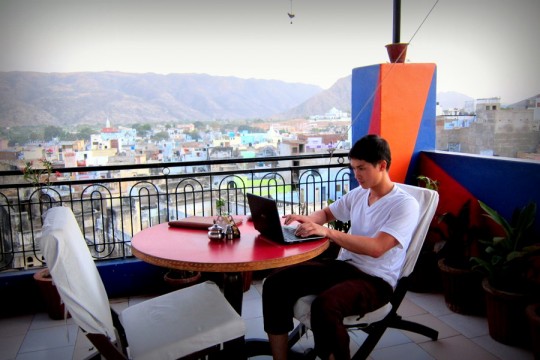 I say I because Gerard was actually great with his “work”, editing and backing up photos, updating social media and handling his clientele from themarketingheaven.com and stuff. I, the voice behind the blog, was either having way too much fun to care or, the truth, got extremely lazy and made every excuse in the book to not write. Looking back, I wasted a lot of time doing nothing when I could have been writing or at least taking notes. I never did quite catch up. At my best, I was a month behind. Today, I’m still reminiscing about our time in Asia and that happened over six months ago!

You’ve seen our extensive itinerary. What can I say, we’re planners. We planned for everything down the little details like where to eat. Spontaneity is not in our nature. Having a plan works for us and for most of our trip, we were right on point.

We were a lot more flexible this time around booking only a month to two in advance to maximize cheap airfare and accommodation. But we should have been more flexibility. Because if we were, we wouldn’t have had to rearrange our Japan itinerary to spend time with a new friend we met in Thailand. Japan isn’t exactly the most affordable of places to be modifying itineraries. Re-routing our trip cost us more than originally planned, but it was all worth it in the end. My point is, we wouldn’t have to make itinerary changes had there not been one in the first place, had we been more open to spontaneity.

We packed horribly for South America. 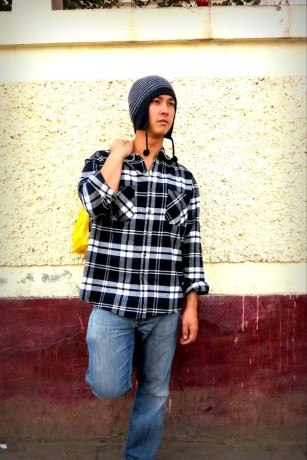 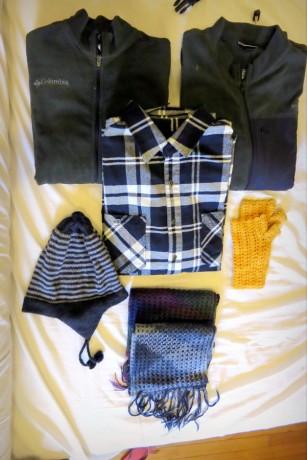 After eight blissful months of nothing but sun and beach and flip flops and tank tops, we were spoiled rotten with our laid-back summer attire. When it came to packing for spring in South America, we didn’t pack nearly enough warm layers as we should. I even packed my sarong, an essential for SE Asia, but absolutely worthless for South America. We should have brought another pair of denim, extra base layers for the cold nights and a fleece. We ended up buying cheap knock-off fleece jackets in Cusco along with a few other essential layers. Check out G! Doesn’t he look dashing in his South American attire?

We spent way too much in Australia.

Going into this, we knew Australia would be unavoidably expensive. However, we did not take into consideration the terrible exchange rates ($1 AUD = $1.08 USD at the time), therefore, we spent far more than we’d originally planned. And rather than shortening our time there, we cut back in accommodations and food in order to save money. The cost for food was outrageous, most days we either sushi rolled it or shared a Subway footlong.. which, by the way, cost $11! Outrageous I tell you.

We waited too long to go diving.

We were suppose to take lessons and partake in our first discover dive together in Thailand. We were both nervous, Gerard with his fear he can’t swim and mine with being out in the open water, so we both made every excuse not to do it. It took us months before we built up the courage to go diving in Indonesia, and it turned out to be one of the best new experience we have done. We let our fears get in the way, and you know what they say, never let the fear of striking out, keep you from playing the game. Next beach destination vacation, you can be sure we’re heading back out into the deep water.

I broke our camera. Twice!

Yes, I broke them. I don’t know what it is about our point and shoot but I managed to drop it in Australia which Gerard was able to fix. I dropped it again during Songkran in Thailand, and Gerard somehow made it work again. It finally died in China right before our Great Wall of China excursion, so we rushed to buy a new one. It only lasted for a few weeks before malfunctioning in Vietnam. Luckily, we were able to get it fixed in Ho Chi Minh City. Phew! I’m glad we carry two cameras with us at all times otherwise we would have missed out on some great shots.

We never made it to the Philippines.

And not just the Philippines, but Burma, or Laos, or Columbia or Poland. These were the countries we debated but decided not to visit because there was just not enough time. I also think had we made the time for these countries, it would have been rushed and we would not have been able to appreciate them in the right way. Still, to this day we both regret not making it to the Philippines. It’s high on our list for our next trip.

What are some of your biggest travel mistakes?

Announcement: Our Winter 2012 Plans
How We Stay: Hostels, Hotels and Apartments
On Being Home