Recently I shared with you a piece of my heritage and royal ancestry. In writing this, I was reminded I once wrote a paper in college about my family history. More specifically, how my parents journeyed to the States.

I’d like to share my parent’s story with you, starting with my mom. (roughly translated from Vietnamese)

When we were escaping the communist government, we snuck off on small boats in the middle of the night with nothing but the clothes on our back and $100 USD. 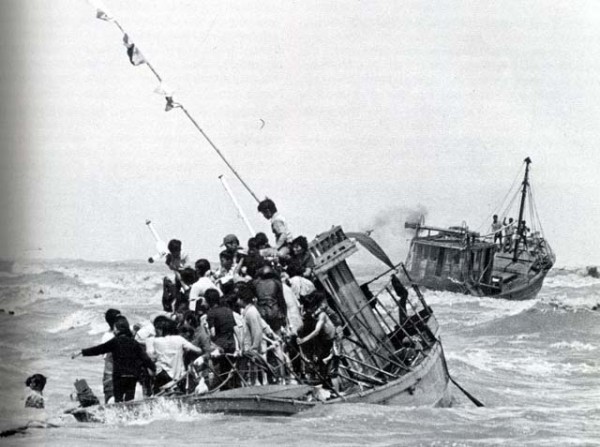 It was two long grueling days on sea until we reached land in Malaysia. There was no food or water with about 115 people cramped in a space of 10 meters. Everybody had to sit down not ever moving. We had your two older brothers on our laps for this entire period. 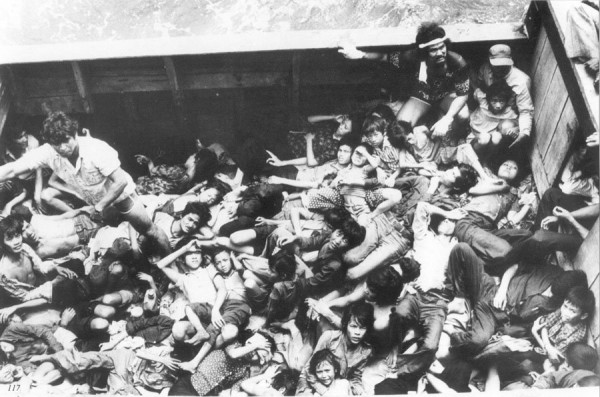 When we finally reach the Malaysian coast, we were turned away by the Navy and were told to go to Indonesia instead.

Then we traveled far down the coast to another beach until the engine died. Soldiers approached the boat pointing their guns at us. Two young women drowned in the ocean trying to escape the soldiers. My parents then jumped off the boat carrying my two older brothers hoping for the best. Luckily the UN high commissioner for refugees was present and directed the coast guards to let the boat people in.

Then they contained us into one big circle group through running a big chain around us. Then we were kept at the police department and forced to sleep outside the building yard for days.” 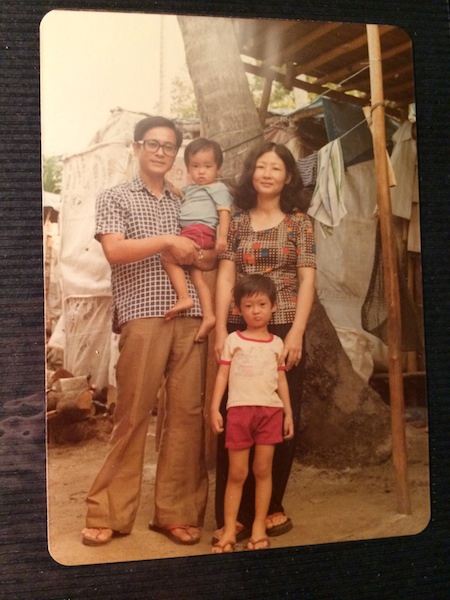 Above picture of my mom, dad and older brothers standing in front of their fancy digs at the refugee camp. 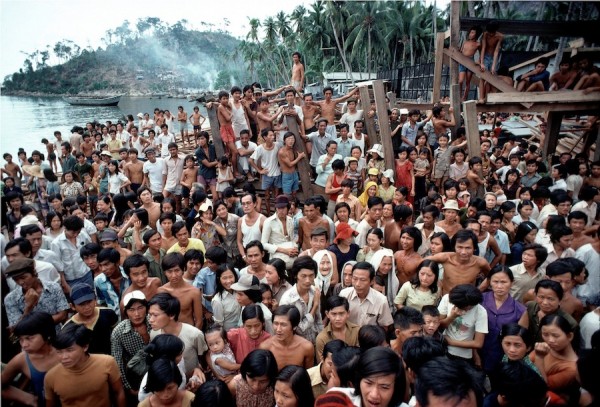 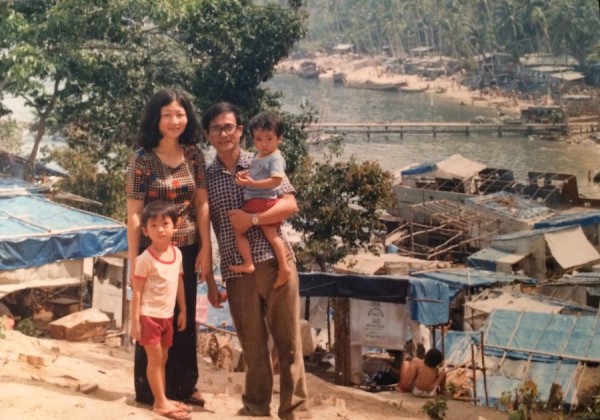 Here’s my family again on a hilltop above the refugee camp in Pulau Bidong, Malaysia.

After 6 months in Malaysia, my family headed to Hawaii in 1979. My parents finally reached the mainland and settled in California a year later after getting a sponsor. Back then, you had to have family or relative already living in the States to sponsor you otherwise you were not allowed to enter the States.

While they fled for freedom, opportunity and the pursuit of happiness, my mother told me most left with the intention of returning; that the departure was only temporary until the communist regime fell. Over the years, they settled in San Jose, learned English and after a few years, got their citizenship. Not long after, I came along!

To learn about my parent’s struggles and reasons behind why and how they left has always been hard for them to relive. But they did it for a better life for their family and children. And for that, I am externally grateful for their bravery and safe passage. My first visit to Vietnam help me realized the opportunities they’ve given my brothers and I for raising us in the US.

This week is Thanksgiving in America. I am thankful for my parents and their courage and strength to leave everything behind. My mother, the oldest of 6, left her siblings and parents behind along with her career in pharmaceuticals. My father had to do the same leaving his family and his degree in education. All this and not knowing if they’d ever see their loved ones and family members again. Both had to completely  start over in a foreign country. I can’t imagine what that feeling must be like.

For that, I’m thankful for parents… for the life they gave me.

Has your family migrated outside of their mother country? Have you learned about their story? If so, feel free to share in the comments!