Gerard did the unthinkable and I cried like a big fat baby.

If you follow us on social media, you probably already know. Gerard did the unthinkable, got down on one knee (seriously!) and proposed to me on the Charles Bridge in Prague last week! It’s official.. 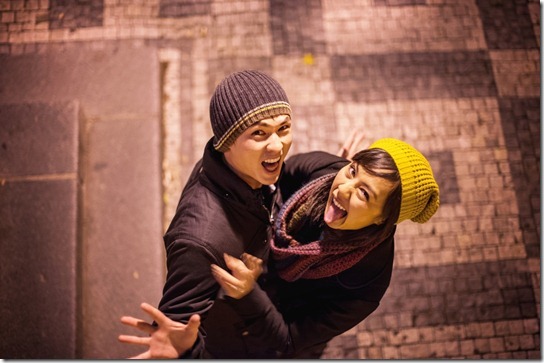 Gerard and I met almost 10 years ago through a mutual friend at a club. Classy, I know. Trust me, neither of us planned on it, a serious relationship, I had just returned from a semester abroad and Gerard just came out of a crazy relationship. Fate had other plans I guess. You might want to learn on how to be successful in dating, dating9 is a website I know that can help you too.

For the longest time, Q has been telling me how much she wants to visit Prague, it’s one of the most romantic cities in Europe, she’d say, or so she’s heard from countless others. So when we decided to visit Europe for the winter, I knew this would be the perfect opportunity to propose.

Even though we don’t talk about “it”, as cheesy as it sounds, I’ve always known Q was the one. I’ve been ready, just waiting for the perfect timing I guess. The moment I decided Prague would be the place, I knew how I’d do it too. Nothing fancy but I wanted to make sure we’d capture the moment so I scoured the internet to find a local photographer and came across Jan.

In short, the plan was to do some night photography on the Charles Bridge and I’d casually ask Jan, who would pose as a tourist, to take our picture. Then I’d get on my knee, say my speech, she’d replied yes (hopefully)! – my bullet proof plan. Or so I thought.

That night, dinner ran late causing us to run behind schedule. Not a good start at all. I was a ball of nerves, worried she’d notice the ring box bulging in my jacket pocket. This stunning ring is similar to the available rings at Gema & Co. I bought it from a trusted online jewelry shop. She certainly noticed my sweaty palms during dinner, that’s for sure.

Once on the bridge, I spotted Jan almost immediately with his blue puffy jacket. I suggested we take a picture together and casually ask if Jan would do it. As planned, he took a few pictures, said the photos weren’t coming out clear and offered to take our pictures with his camera and email us later. This was us before the proposal. She had no idea.. 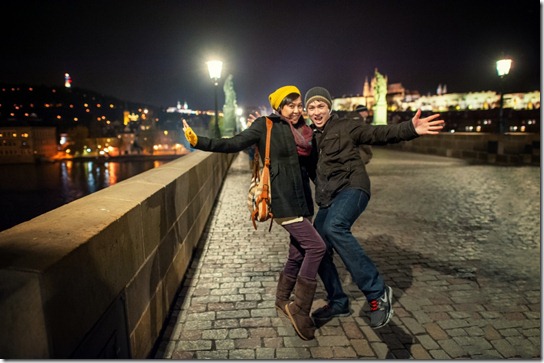 Jan’s cue to me was asking us to try a romantic pose. After an awkward look to each other, I reached for Q’s hand, begin to slowly get down on one knee and.. Q started to cry hysterically before I could get a word out.

I had a speech prepared, but I got nervous and she was balling by now causing me to choke up too, so I mumbled something random basically telling her “I want to spend the rest of my life with you… Will you marry me?”

Still on my knees, a couple of tourists walked by screaming “Congratulations!”, but I yelled back… “She HASN’T said YES yet!”. Q followed with her own holler which was a big “YESSSS!” so everyone could hear loud and clear. 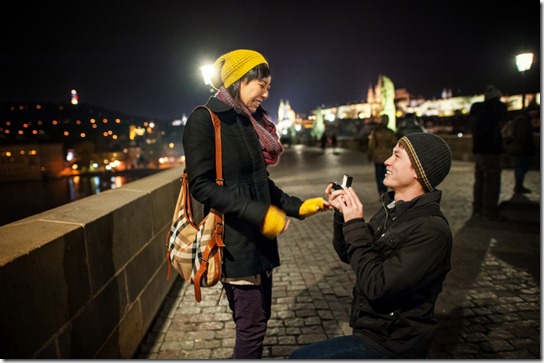 Where do I even begin? I should have known! Not really.. I mean, I know it’s hard to believe, but it’s not something we’ve ever discussed before, our “future plans”, even after 8 years of dating. And, since we’ve been traveling non-stop for nearly a year now, where in the world did he find time to plan this or get a ring for that matter?!

Looking back at the big day and the days leading up to it, I laugh because some things started to make sense – Gerard trippin’ that I planned a ghost tour the same night which he insisted we reschedule, the rushed dinner where he seemed uneasy with sweaty palms, and NOT ordering dessert after said dinner – that should have been a dead giveaway, he never skips dessert!

The photographer, Jan was a decoy hired by Gerard to capture the moment. Smart guy that boyfriend (ahem.. fiancé) of mine. Jan was posing as a tourist on the Charles Bridge – blue puffy jacket, Movember stash with DSL camera minding his own business. Gerard ask if he could take our picture, you know people with big fancy camera, they probably know a thing about taking a good photo.  Jan agreed and after two shots, said the pictures were not good but suggested he take it with his camera and email us the photos later.

I wanted to thank Jan and leave after a few shots. It was getting weird because he kept taking pictures and asking us to do “romantic poses”. But then Gerard grabbed my hand, mumbled something about how he loves me and it finally hit me.

I started to cry, uncontrollably, ugly face with tears streaming down my cheeks, I could barely make out what Gerard was saying. I remember hearing some tourists in the background yelling, Congratulations!, and all I could muster was a, Seriously?! Realizing that probably wasn’t the right answer, I screamed back a loud YES! to a kneeling Gerard. 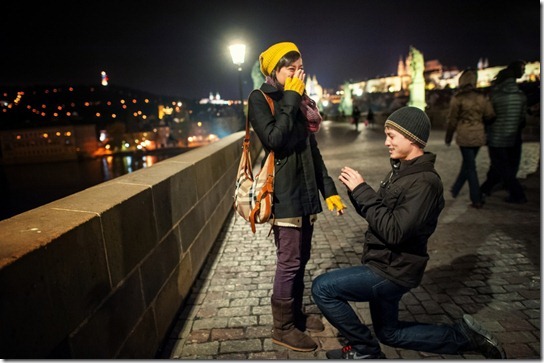 I finally noticed Jan and remember saying, You!! I can’t believe you were in on this! Afterwards, Jan stuck around and he took a few extra pictures for us while we still had our goofy, giddy, smiley faces on. Here is a sneak peak at our engagement in Prague! 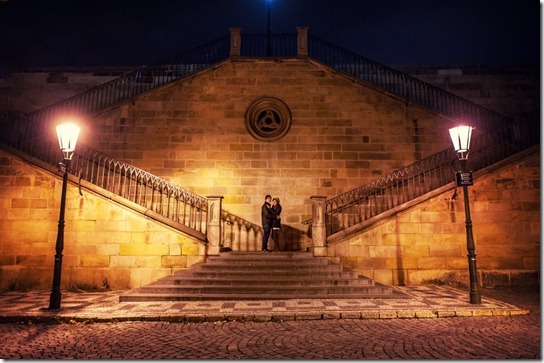 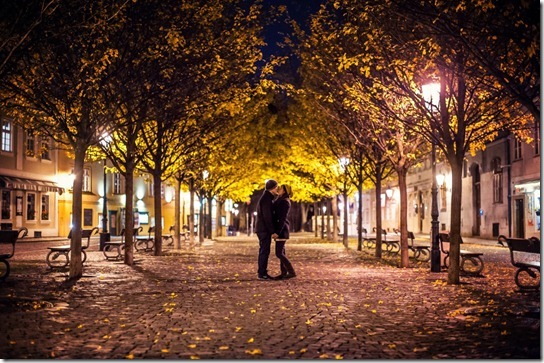 I truly am THE LUCKIEST GIRL IN THE WORLD! The last 8 years with Gerard has been an incredible adventure and 2012 was nothing short of spectacular – more than I could’ve ever hoped for. Our journey, however, is about to begin. And you know what.. I can’t wait.

We want to "Go with Oh" to Prague!
Announcement: Our Winter 2012 Plans
Seeing Prague on Segway