Partying in Ibiza? Know what to expect when you hit this island.

As a reward to myself for finishing my MBA program, I took a boys’ trip to Spain. And since I missed out on a lot of party opportunities being pre-occupied with school and work, I figured I’d make it up at where else, but the party island of Ibiza. 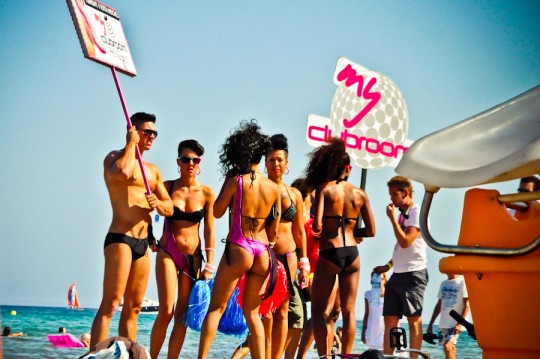 Here are a few helpful tips for partying.

Party girl quote: “OMG. I super really can’t wait to see David Guetta at Pacha, but tix are sold out online!” Not to worry, the clubs only release a small number of tickets to online resellers. You can easily buy tickets once you’re on the island. Tickets can go from €20 all the way up to €90 for the big parties. 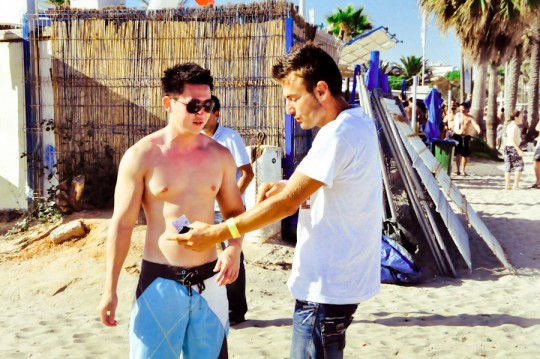 Ticket seller on the beach

Promoters are a dime a dozen and are hard to miss on the island. You can also find them as restaurant hosts, grocery clerks, or the local barber. The only time you may want to buy tickets in advance is for the opening/closing parties.

Promoters are entertaining too. One old man asked us in a deep Russian accent, “Do you have everything you need for party? You know tickets.. (whispers loudly) marijuana, X, heroine?”

Dress code. Really, almost anything goes. My friends and I brought jeans & dress shirts and after the first night, we realized we didn’t even need them. Reality is you can be glammed up or look like you just came from the beach. For guys, simple t-shirts w/ shorts & sneakers are OK. Ladies, where what you want.

Avoid the lines. Arrive before 1am. I know that’s close to closing time for parties in the US, but the party’s just getting started here in Ibiza!

Club scene at 1am

Expensive a$$ drinks. Ibiza has to give Miami a run for its money for most overpriced drinks.
Bottled water – €12. That’s right. $18 freakin’ US dollars for a tiny bottle of agua. Nightclubs are aware that many party goers don’t need to drink alcohol because they’re high off of something elsE. That’s license to charge up the wazoo for water alone.

Only in Ibiza, where you can get shots cheaper than beer!  €9 compared to €10. May not look like much, but did you come to just have 1 drink?! 😉

Cameras. Some nightclubs have been known to confiscate your camera if they catch you using one. Then they’ll have you check it in for a price or make you buy it back for a ransom. You have better chances sneaking in shots with your smartphone.

Embrace the fist pump. These clubs aren’t your typical ‘get your groove on’ type clubs.

They’re more like packed concerts where most people are there to praise the DJ’s, jump and throw their hands up in the air. Looks like an adult bouncy house with really, really loud music.

I visited the island from Monday – Thursday which happens to be the biggest nights during the party season. Here is a summary with some of the week’s biggest nights: 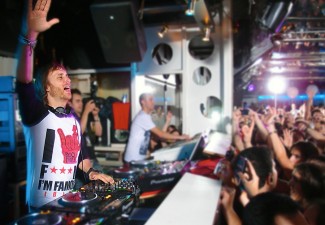 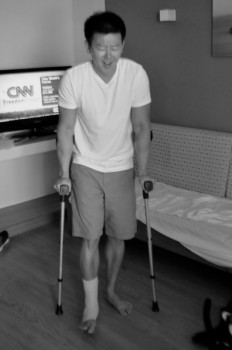 So who’s ready to party?

Dear Pisa: Thank You For Wasting Our Time
Tasting Hungary in Budapest
The Magic of Christkindmarkt in Vienna