You asked us where our favorite place of travel this year was..

And in our latest post where we answered your most ask questions, we replied Japan. Well, here are a handful of reasons why we fell head over heels for this wickedly awesome country:

Heated seats should be a standard for toilets. Only in Japan will you have the option to play tunes over the boring flushing sound while getting your behind wash and dry. 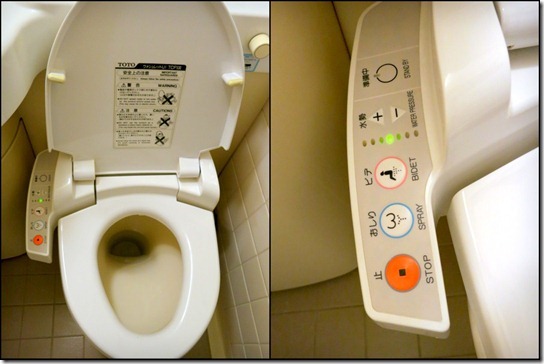 It would be rude to open your own door. Just let the driver do it with a push of a button.

We can’t stand the stench of smoke, but LOVE that there are designated smoke areas or manner stations in public to keep the smokers all in one place. 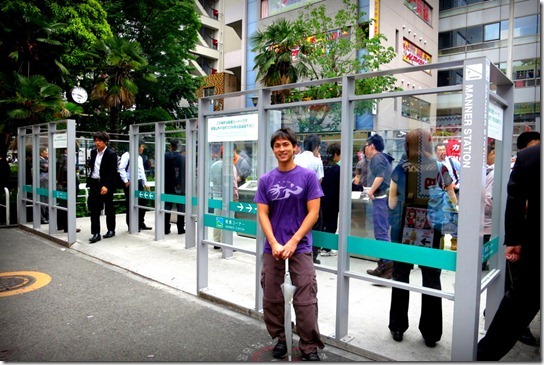 Our hotel in Tokyo had this umbrella machine where it spin dries your umbrella, because nobody should carry around a drippy umbrella in doors, right?

Yoyogi park in Tokyo is an awesome place to go people watch on the weekend. You’ll see all kinds of people – even the King himself! 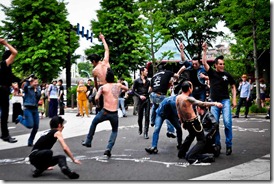 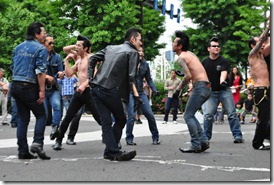 Often enough, we ate out at restaurants where you’d order your meals at a ticketing machine before sitting down without ever speaking to a single waiter/ waitress. Then in no time, your food magically appears! No fuss with the menu, no waiting in line or for the bill. So awesome! 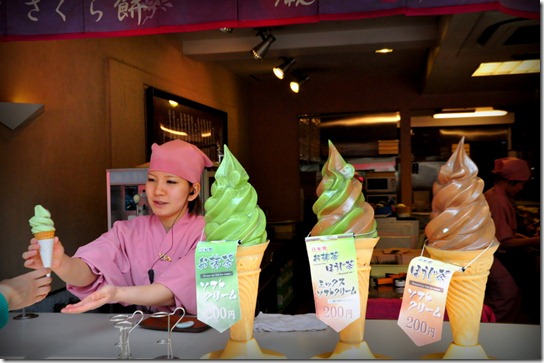 By far the cheapest thing you can buy for a guaranteed-fun time is sake in a jar at Lawson’s. 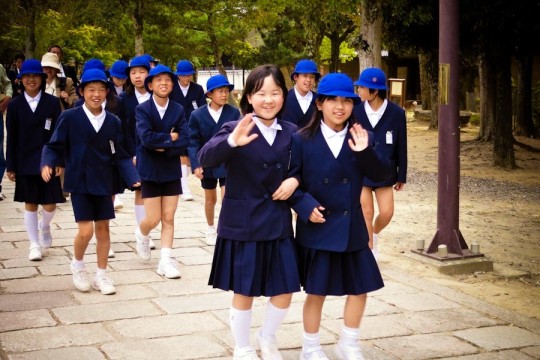 The wacky things they wear in Japan and still make it trendy. 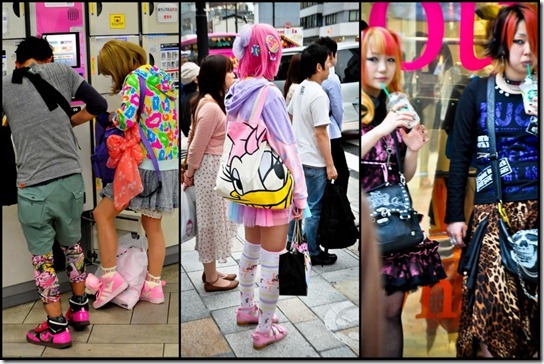 There are no shortages of vending machines in Japan and you can find anything from booze to coffee, cup o’ noodles, and even odd things like a tie should you forget one on your way to work. 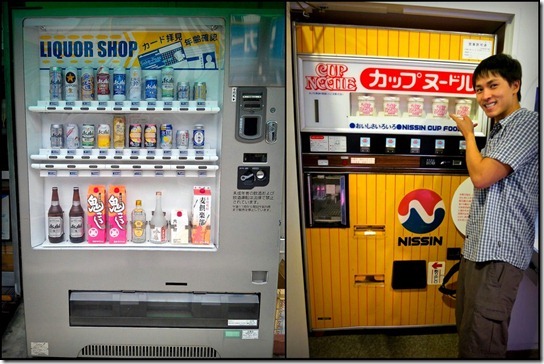 In addition to handrails, there are chin rest for those sleeping while standing on the subway. We can’t make this stuff up!

Last but certainly not least, sushi! In fact, food in general from regional cuisine in Hida-Takayama to udon, ramen and shabu shabu. 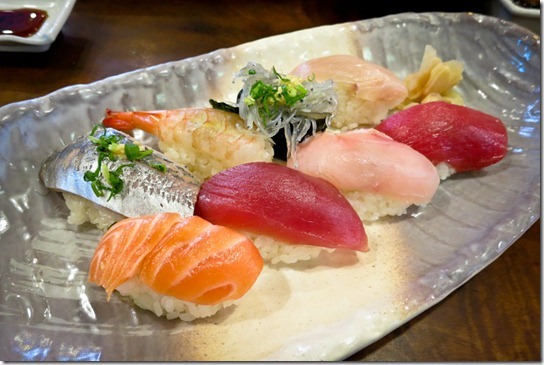 I could easily go on and on and on but then it would just be a really long post. We found peace in the temples, fun in a photo booth and even saw geishas in Kyoto. Everything about Japan excites me: the food, the people, the culture, the way of living. From the punctuality of speeding bullet trains to everything at a push of a touchscreen, it’s a place we both look forward to returning soon.

Have you been? What do you love most about Japan?

Answering Our Most Commonly Asked Questions
Bathing in Budapest