We spent 3 weeks in India. Find out how much we spent!

India was our 5th stop on our round-the-world adventure back in March 2012 and a much needed break for our wallets after New Zealand and Australia. After much debate, we decided to omit Mumbai, Goa and Varanasi to spent exactly three weeks in the Rajasthan region of India. It was definitely the right decision because India is big, and three weeks is barely enough time to get to know one region let alone the entire country. 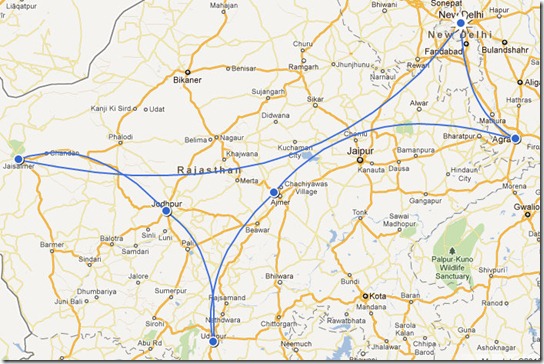 We braved the Indian railways and was surprised to find it easy to navigate and comfortable.. for the most part minus a few roaches and the occasional mouse. But hey, we lived to tell the tale – we survived India!

Just how much damage was done? Here is our India expense breakdown:

Accommodations: At $25USD per person per day, we traveled and lived comfortably in India. We splurged a bit on our stay opting for private doubles at Guesthouses. The rooms were basic with double bed, ceiling fan and toilet and cold showers.

Transport: To get us from one city to the next, we used the Indian train system. The only exception is when we hired a taxi to take us from Jodhpur to Udaipur with a stop in Ranakpur. Within the city themselves, we’d either walk to most places or bargain for a rickshaw ride. New Delhi has a great metro system but we only used it once or twice.

Food: Our first few days, we were paranoid to eat street food in India so we ate at various restaurants that look busy. Usually, we’d split a Thali, traditional Indian meal made up of a selection of various dishes. Also, samosas on the streets as often as we can get it.

Activities: Our biggest activities include our 2-day camel safari in the Thar Desert and admission into major sights like Fort Palaces, museums and, of course, the Taj Mahal.

Total hours on the train: 39

# of chapatis eaten: too many!

Days being a vegetarian: 17

Favorite city: We love the beauty and pace of Udaipur, but Pushkar took us both by surprised because it was a vegan town and straight up hippy, we didn’t think it fit our style.. but it did. I adore the psychedelic blast from the past and crave the fresh fruit salads and vegan pate.

Worst city: While I had my best shopping days in New Delhi, it was too congested, polluted and chaotic for our liking. The shop vendors and rickshaw drivers weren’t exactly the friendliest.

Biggest regret: We struggled with our itinerary up until the last few days. But in the end, decided we’d be too crunched on time to try and make it out to Varanasi.

Must see tourist attraction: The Taj Mahal is a given, but if you have time to spare, it’s worth making a stop in Ranakpur to see the Jain Temple. 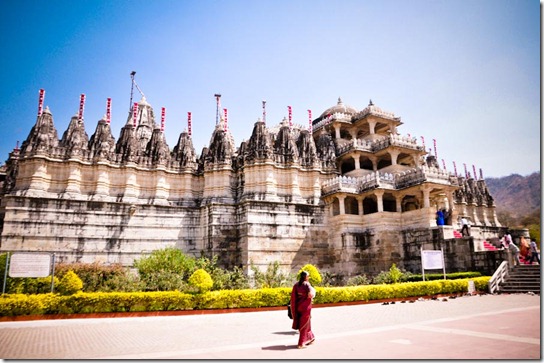 Worst experience: I’d say getting groped during Holi but far worse is getting Delhi belly in Jodhpur. For 4-days, I ate nothing but bananas, vegetable soup and hot lemon-ginger tea. Even after, I couldn’t even smell Indian food without feeling queasy. To this day, I still haven’t had Indian food.

Weirdest experience: I had to wrestle a cow in Jaisalmer. Sacred or not, s/he charged at us first. When it doubt, grab ‘em by the horn!

Best deal: Haircuts! Gerard paid $1 for his stylish due in New Delhi. 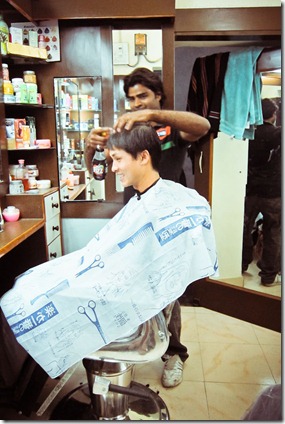 Biggest rip off: Paying “camera fees” for major attractions on top of your admissions fee. How ridiculous does that sound? Tip: Hide your cameras!

What drove me nuts: The spitting. I can’t stand the spitting. Especially when I’m the one getting spat on. Or, being mistaken for Japanese, Chinese or Korean and getting Konichiwa’d wherever we went.

Best meal: Our first masala dosa in New Delhi at Sonu Chat House was quite memorable, but hands down the best thing we ate in India was actually not Indian. It’s a fruit salad from Sonu Juice Shop and vegan falafels in Pushkar. 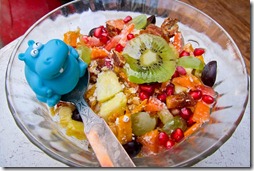 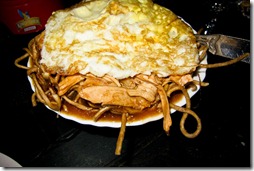 Worst meal/ food: Gerard braved the menu and daringly ordered the American Chop Suey aka Chinese fried noodles with veggies, gravy and a fried egg for dinner. Indo-Chinese.. not sure these two cuisines were not meant to go together.

Biggest surprise: That people don’t smell. Seriously though, my biggest fear would be crammed on the train with bad B.O. for 12+ hours. None whatsoever. 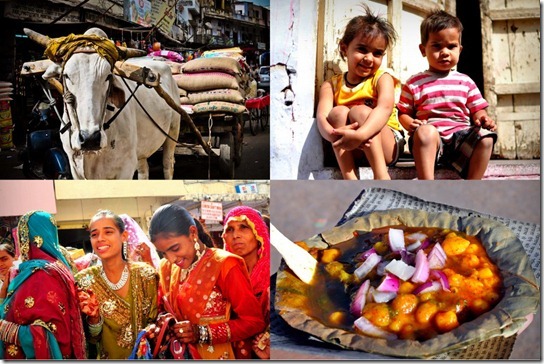 Things we dislike: Squat toilets, cow poo in the streets, overly sweet desserts, the constant staring, no toilet paper, vendors and hagglers, men sh!^ing out in the open, locals asking us to pay for photos taken of them, spitting. 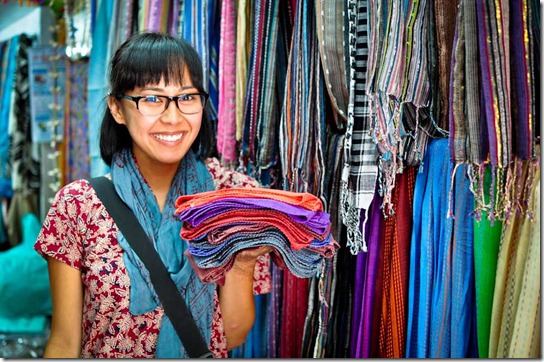 Language lesson: In the Rajasthan region, we managed with 4-words even though everyone speaks English anyway.. they really like and appreciate the effort: atcha = good, bahut atcha = very good (both relating to food), dhanyavad = thank you, and the ever powerful, theek hai = which has endless possibilities when it comes to bargaining!

India is one amazing country! It’ll pull you in ways you never thought possible and test your limits. I won’t succumb as far as to clean my behind with my left hand, but I now can eat with my right hand (I’m a lefty), squat on any toilet and shower with cold water. I survived Holi, a tick on my back courtesy of our camel safari in the Thar desert and let’s not forget, Delhi belly, and I still had a blast.

Nobody leaves India and calls it a vacation. India is an experience. It’s intense and abrasive and unforgiving. It’s raw. It’s the real deal and everyone should visit at least once in their lifetime.

If you want to see more fotos from our time in India, visit our Facebook page!

What are some of your favorite memories of India?