Hope. Defeat. A break-through. Highs and lows. An unexpected twist. And fate.

That pretty much sums the last 5-months for me. To say I’ve been through a process is an understatement. I’ve been through hell.. job hunting hell. Upon returning home from a year of travel, I knew I had two options: I was hoping to pick up right where I left off or, I would not mind starting over. Needless to say, it’s been one emotional and mentally exhausting roller coaster.

I was confident when I came home that I would get back on my feet in a month’s time. But as I mentioned before, things didn’t work out with Company A. Two months went by and after countless efforts of networking and resume-forwarding, checking my phone and refreshing my inbox every 5-minutes, I finally had a break-through. 13 resumes, 7 networking connections and 3 cold calls later, I got the call from a recruiter. 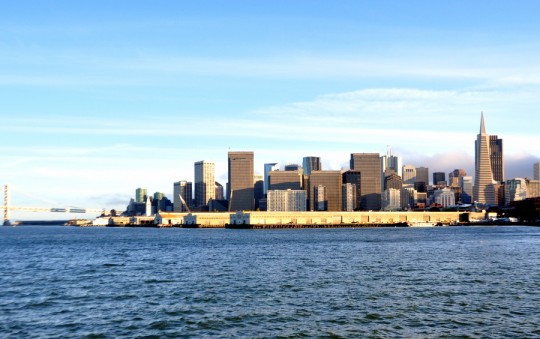 As I leave the office of Company B, I daydreamed what it would be like to be working in the city again. I have mixed feelings. I love San Francisco, it’s one of my favorite places in the world. But it’s far and expensive. I was not thrilled at the idea of 5am wake up calls to catch the hour long train ride there and back. Just then, my daydreaming came to a halt when my phone rang with an unknown number. It’s the recruiter. We exchanged a few casual greetings before I catch her say,

At that moment, I literally felt a heavy weight was lifted off my shoulders. I breathed a huge sigh of relief and smiled to myself. Well, I guess I’m heading back into the city.

I had gotten a verbal, but not the written offer. I still needed to wait for the CEO to sign off. A week went by and not so much as a call or email. I started to get nervous. By week 2, I find the CEO hasn’t signed off because she’s on vacation. Great. It’s now week 3. Meanwhile, I turned down one interview and am contemplating going on another. It’s like Company A déjà vu  all over again.

Just then I received a surprised email from a different company, Company C, one that I’ve actually considered long ago but that I couldn’t get my resume through for the life of me. My networking finally paid off. Here we are two months later and I have this funny feeling I should take the interview.

To Those Who Wait.

Company C threw me for a major loop. I already have a job offer, at least I think I still do at this point, but Company C is more in line with my long-term and career growth goals. I needed balance, security and something a little closer to home. Company C had all of that. The only downside is the position is a temporary step down. But all in all, I was willing to do that, to start from the ground up, in exchange for all of the above.

I took that interview with Company C and went through an intense interviewing process with 8 individuals over the span of 3-days.

And then the moment I dreaded happened. I got the official written offer from Company B. It’s great, it really is. I’m practically starting right where I left off. But I wasn’t willing to give up on Company C just yet. I was a stress case for days, bouncing back and forth. Company C was lagging and I’m running out of time. Just as I was about to bail out, rather than letting me go, they threw me a curve ball – suggest that I interview yet again for a new higher level position in a completely different department I had never considered before – Finance. Now.. my background is in Corporate Retail Planning and Merchandising, so I was a little confused and unsure what to make of it. But the Director likes my resume and interestingly enough, the job responsibilities isn’t as foreign to me as I initially thought it would be, so I figured, what the heck, let’s see where this goes.

11 interviews, 3 corporate visits, 2 phone calls, a PowerPoint presentation (and a partridge in a pear tree!) later, I am happy and relieved to report.. 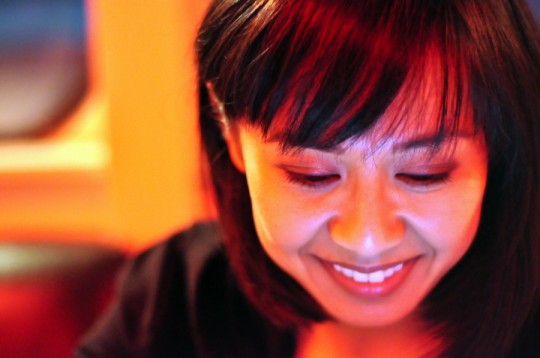 I accepted a new and exciting opportunity with Company C!

Turns out I had a third option. I would have never imagined when I decided to quit the job I love to travel the world for one year that I’d be coming back to essentially a promotion and a new and exciting career closer to home. I remember telling myself when I quit my job that I will look back at my career break and know it was the best decision I made not just for myself, but for my career as well. I’m glad I was right. I got the best of both worlds.

I was the Queen of networking. Words cannot express my gratitude for those who went out of their way to help out a friend. Even people I barely knew or worked with before, were more than willing to help pass my resume along and put in a good word for me. Past managers and colleagues kind enough to write in referrals not once but twice. And to those who gave me advice and support. Without you – managers, colleagues, friends and family – I would have never gotten this far. From the bottom of my heart, thank you.

They say good things come to those who wait. I don’t know that I had much of a choice on the waiting part, but it sure does feel good right about now.

A Girl's "Gadgets" | My Packing Essentials for Long-Term Travel
12 Best Things We Ate in 2012
VIDEO: Our Year in Travel

Craving Italian in Prague? Eat here.
Where To Stay: Thailand